Hobby, one of 3 different birds seen in recent weeks 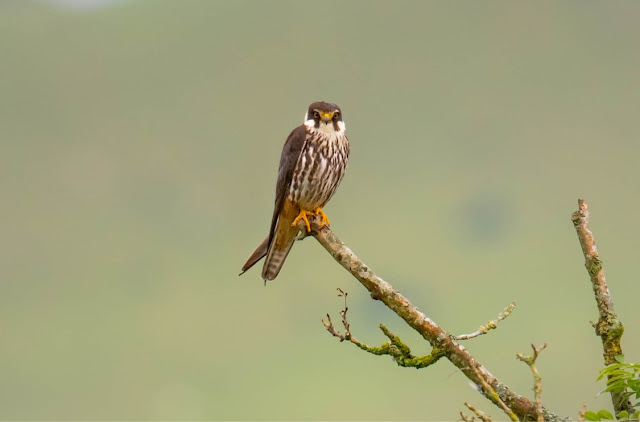 A good raptor day around Middletown: 4 Red Kites and 6 Kestrels on Middletown Hill (where Kestrels bred successfully this year); a Buzzard, a female Goshawk and 2 Sparrowhawks over Moel-y-Golfa, and just now a noisy juvenile Peregrine chasing an adult for food over the garden. Now where is the Hobby....?
Posted by Simon Boyes at 17:20 1 comment:

Couple more from yesterday - parents not coming in as frequently with a number of visits with no food, so looks like they're trying to entice the youngsters out. Won't be long so will be checking them hourly until they go

1) Nests under the eaves are always positioned out of direct sun so unless using a flash (preferably not!) or a reflector you'll need to push the ISO - these images IS0 1600

2) Do not be tempted to stay to a low ISO, under-exposing and recovering in post-proc - noise lives in the darker/under-exposed areas and once you lighten those you'll see the golf ball grain.  Better to use a higher ISO and over-expose, dropping the highlights in post proc will kill any noise visible so you end up with a much cleaner image

3) Camera on tripod and in this case I used a radio remote to trigger the shutter - sitting at a distance out of view of the nest, watching the birds fly in, drinking a cup of tea!

4) I pre-focussed on the point I wanted then switched the lens to manual focus - that way when you trigger the shutter the focus point isn't going to move. In this instance I used a small group of focus points to give me central coverage

5) Be prepared to bin a lot of shots - the keeper rate is low, but when you get that shot in focus it makes it all worthwhile 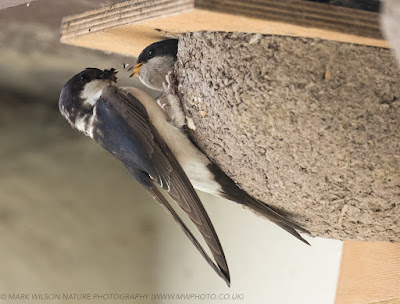 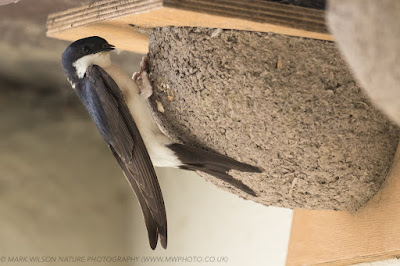 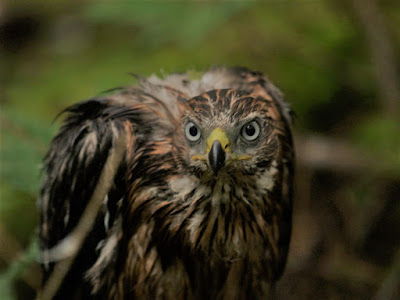 Thanks to ANON for this juvenile Goshawk, recently fledged, from the centre of the county. Since hawks are not popular in pheasant-rearing circles, we are protecting both photographer and location.
Posted by Simon Boyes at 18:33 2 comments:

Hobby hunting bats emerging from the house yesterday evening. Flew repeated circuits around the house and trees above the house until it went dark.
Posted by Michele Becker at 12:53 No comments: 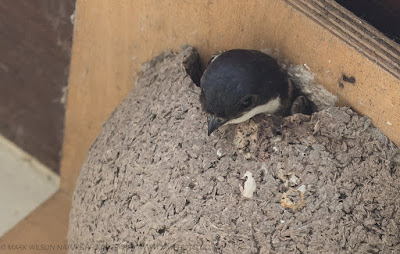 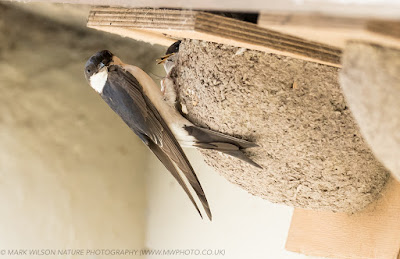 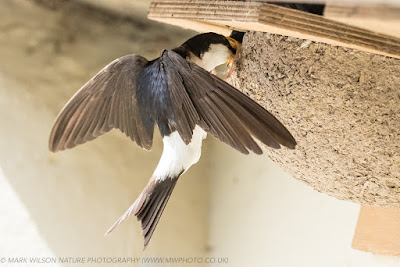 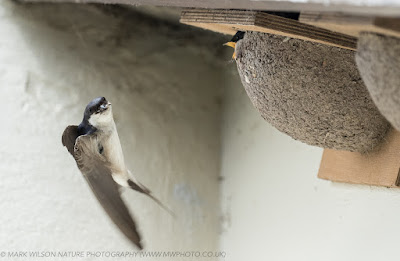 Not remotely rare these days with around a million breeding pairs in the UK, but it's not that many years ago when seeing one was notable, with first breeding in the UK in the 1950's.  I do quite like them though, certainly preferable to my eyes to the ubiquitous pigeon.  Now if only we had more Turtle Dove - pic from Norfolk not Montgomeryshire sadly a couple of years ago attached for comparison (for info if anyone's over that way they've bred the last couple of years in the undergrowth surrounding the RSPB Titchwell car park!) 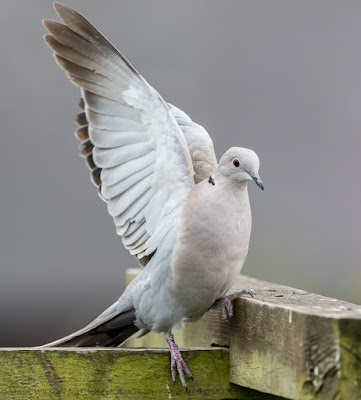 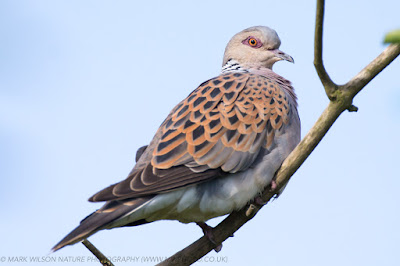 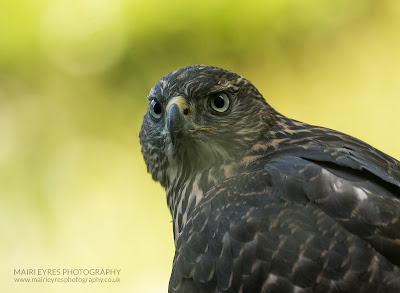 Mairi Eyres sent in this magnificent portrait of a young Goshawk with the following story:
“The other morning I came downstairs to this juvenile goshawk sitting at the table and chairs just outside the kitchen. My mum said it had been flying repeatedly into the window. I ran to get my camera, came back and sure enough it launched itself at the glass between us. It was quite scary - like something out of a Hitchcock film.
After it had flown off, I went outside to try to work out why it had been behaving in this way. I noticed that the trees and sky were reflected in the window so clearly that it was hard to see inside the house at all. We think the young goshawk may have seen its own reflection and thought there was another bird infringing on its territory. Or maybe it just saw the reflected trees and wanted to fly towards them!”

Thanks Mairi, looking forward to future contributions!
Posted by Simon Boyes at 07:21 1 comment:

Green woodpecker by Newtown and a Peregrine which Ive always wanted to shoot in a dive with shutter low to get the sense of speed, both taken in last few weeks 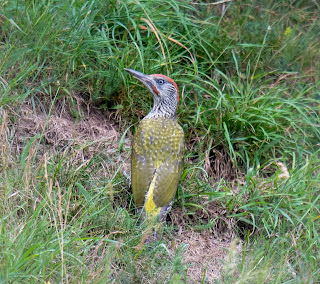 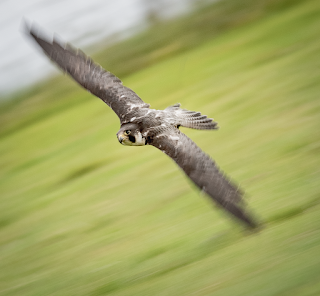 All blogs & photos of Montgomeryshire Birds are welcome e.g. sightings, great days out, interesting observations, garden birds etc. A login is required to post blogs and this can be requested by emailing montbird@gmail.com.

Bird Sightings can be blogged directly or reported to montbird@gmail.com